Since their debut in 2002, Prime Circle have been one of the most celebrated rock acts in South African history. The band has toured extensively, performing at several major international festivals over the course of their 17 year career, and have been honoured with numerous South African music awards and celebrated chart topping hits. The record reached platinum figures in South Africa and was released via David Gresham Records.
The 2002 album spawned the single “Hello”, followed by “Same Goes For You”, “As Long As I Am Here” and “Let Me Go”.

In 2003 the Deluxe version Some editions of the album were accompanied by a bonus disc which featured acoustic versions of four tracks, and one additional track entitled “Daydreamer (What Are You On)”. The record was released via David Gresham Records achieving gold status, and securing the band recognition as one of the biggest selling South African acts in that year.

Following the release of “Live This Life” in 2005, Prime Circle performed at the 46664 Nelson Mandela concert, and toured their native country supporting alternative rock band Live on the South African leg of their “Birds of Prey” world tour.

In 2006, Prime Circle played alongside Metallica, Collective Soul, Simple Plan, Good Charlotte and Seether and others on national music festivals. The third album from South African rock band Prime Circle, “All or Nothing” was released in South Africa in June 2008, and internationally the following year in 2009.

The album reached gold status in the first six months and then platinum thereafter. It is the band’s highest-selling album to date, reaching platinum status. All or Nothing received four SAMA (South African Music Award) nominations which was considered the top awards show in the country at that time.

Recorded at Bellville Studios in Cape Town, the album was Prime Circle’s first release through their new label, EMI. “All or Nothing” marked a turn in the band’s musical direction, moving further from their original alternative sound to produce more anthemic, stadium rock records.

“All or Nothing” spawned the singles “She Always Gets What She Wants”, “Out of this Place” and “Consider Me”.
The album was promoted with The EA Undercover Tour 2008, seeing the band play 16 shows in intimate venues across South Africa within the space of 21 days. Prime Circle also toured India in August 2009 with the album, performing live at the IPL Finals match which was broadcast to millions of viewers.

“All Or Nothing” was followed by an eponymous live DVD that was recorded during the band’s promotional tour. The DVD included material from their three albums released at that point: “Hello Crazy World”, “Live This Life” and “All or Nothing”. It was nominated for the Best Global Chart Live DVD South African Music Award (SAMA) in 2010.

Following the release of “All or Nothing”, Prime Circle played alongside Korn, Muse, 30 Seconds to Mars, Chris Cornell and Kaiser Chiefs at many of the music festivals in South Africa.

“All or Nothing” was nominated in the following SAMA categories: MTN Record of the Year and Best Rock Album (English).

Single “She Always Gets What She Wants” was nominated for the Record of the Year SAMA in 2009. Directed by Morgan Dingle and featuring cinematography by David Pienaar.

The follow-up single, “Consider Me”, was nominated for the Record of the Year SAMA in 2010, the year of its release. The album spawned the legendary single ‘Breathing’ which reached No. 1 status on radio stations nationwide. Singles “Never Gonna Bring Us Down” and “Turning In My Sleep” and ‘Turn Me to Stone’ received high rotation allowing the album sales to soar.

“Jekyll & Hyde” entered local sales charts at No. 1, reaching Gold status within two weeks of its release. To date, it has gone platinum and now remains the second highest album for Prime Circle, after ‘All or Nothing.’

Recorded and produced by Theo Crous at Bellville Studios in Cape Town, South Africa, the album was mixed in Los Angeles by Kevin Shirley, who has previously worked with the likes of Aerosmith, Iron Maiden, Silverchair and Journey. New York-based Sterling Sound mastering engineer George Marino, who is famed for his work with Guns ‘n’ Roses and Ozzy Osbourne, laid the final touches on “Jekyll & Hyde”.

The album “Jekyll & Hyde” earned the band a slew of SAMA (South African Music Award) nominations in 2011, giving them six nominations and one win in this year.

The first two singles from the album, power ballads “Breathing” and “Turning in My Sleep”, were each nominated for the SAMA for MTN Record of the Year in the year of their release.

In March 2011, Prime Circle won the Best International Breakthrough Act at the MK Awards (MK is the leading South African alternative music channel). The awards were distributed based on fan votes. The enigmatic fifth album by South African rock band was released in 2012. After months of fan speculation the title was revealed as “Evidence”.

The first single off “Evidence”, “Time Kills Us All”, debuted on regional and national radio in South Africa in late September 2012 to widespread acclaim. A stadium-sized power ballad, the song indicates the heights the band have scaled since their inception, and the scope that they’re still capable of.

The 13-track album was recorded at Bellville Studios, in Cape Town, where Theo Crous held the ‘reins’ as producer with Prime Circle. Once tracked, the final mixes were done in Los Angeles, with Kevin Shirley, who is best known for producing legendary bands such as Aerosmith, Journey, Iron Maiden amongst others.

California resident and 4 time Grammy Award winner Gavin Lurssen, was the mastering engineer on the track ‘Time Kills Us All.’ Lurssen is responsible for mastering records for Tom Waits, Sheryl Crow as well as Matchbox 20 and T Bone Burnett. After 14 years of presenting South Africa with some of the most successful rock tunes, the band returned with their fifth album Let The Night In. This was a studio album infused with fresh creative energy and a new edge to the distinctive Prime Circle sound. It is already being described as “their most stylistically diverse record yet with a departure from their original sound. In 2016, the band returned with a deluxe version of Let The Night In. The album featured 4 brand new tracks ‘better this time ’, “stay at home’, ‘ I’ll wait for you’ ,the radio hit ‘ghosts’ and a live unplugged version of ‘let the night in’. The band embarked on a tour across GAS (Germany, Austria and Scandinavia) as well as Southern Africa to promote the album. The song Ghosts could be heard on radio stations across Germany, making the Top 10 charts. The album reached gold status. This is Prime Circle’s 7th album saw the band return with ‘If You Don’t You Never Will’. The album was released worldwide on 22 September with their first hit off the album ‘The Gift’ receiving multiple air play across South AFRican and German radio stations. The album is produced by Denholm Harding. Live World is Prime Circle’s 8th Album release.
This time doing it’s very different by taking their touring into your Homes with 25 LIVE recording done in several countries around the world over several years. This album truly captures what this touring band is all about.

Tour Dates
Get in Touch 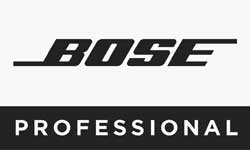 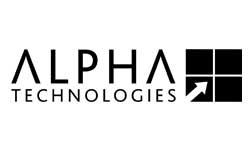