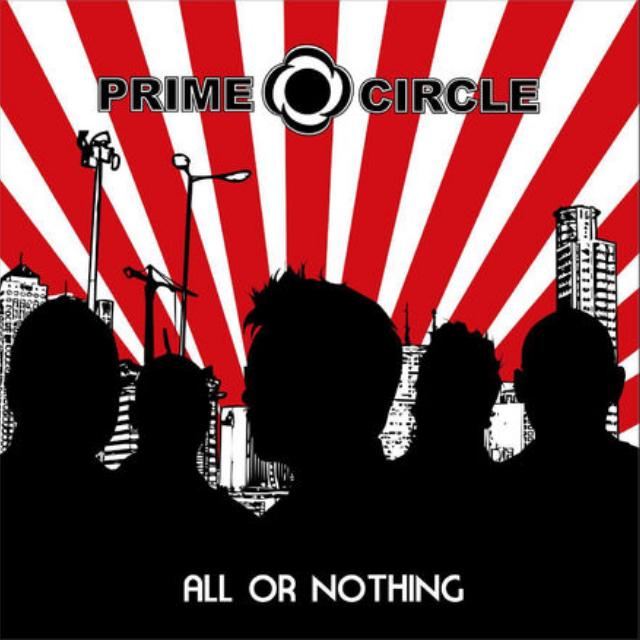 My son now aged 18 and myself used to sing every song on that album. Great memories. Thanks to you guys.

The third album from South African rock band Prime Circle, All Or Nothing was released in South Africa in June 2008 and internationally, the following year in 2009.

The album reached Gold status in the first six months and then Platinum thereafter. It is the band’s highest-selling album to date. All Or Nothing received four SAMA (South African Music Award) nominations, which was considered the top awards show in the country at that time.

Recorded at Bellville Studios in Cape Town, the album was Prime Circle’s first release through their new label, EMI. All Or Nothing marked a turn in the band’s musical direction, moving further from their original alternative sound to produce more anthemic, stadium rock records.

All Or Nothing spawned the singles She Always Gets What She Wants, Out Of This PLace and Consider Me. The album was promoted with the EA Undercover Tour in 2008, seeing the band play 16 shows in intimate venues across South Africa within the space of 21 days. Prime Circle also toured India in August 2009 with the album, performing live at the IPL Finals match which was broadcast to millions of viewers.

All Or Nothing was followed by an eponymous live DVD that was recorded during the band’s promotional tour. The DVD included material from their three albums released at that point: Hello Crazy World, Live This Life and All Or Nothing. It was nominated for the Best Global Chart Live DVD at the SAMAs in 2010.

Following the release of All Or Nothing, Prime Circle played alongside Korn, Muse, 30 Seconds to Mars, Chris Cornell and Kaiser Chiefs at many of the music festivals in South Africa.

All Or Nothing was nominated in the following SAMA categories: MTN Record of the Year and Best Rock Album (English)

Single, She Always Gets What She Wants was nominated for the Record of the Year SAMA in 2009. Directed by Morgan Dingle and featuring cinematography by David Pienaar.

The follow-up singles Consider Me was nominated for Record of the Year SAMA in 2010, the year of its release.